As we are sustained by rice, so we are sustained by stories. Rice was first cultivated in China, and the practice spread to South East Asia and South Asia. It was later introduced to Europe and Africa, and then to the Americas via colonisation. Today rice is not only a staple food in Asia but also the most important grain worldwide in terms of human nutrition. In many Asian countries the words for food and rice are synonymous or interchangeable. Approximately 90% of the rice in the world is grown in Asia. 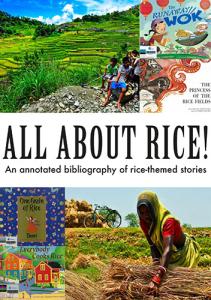 A Dream under Seedlings: A Biography of Yuan Longping

Cycle of Rice, Cycle of Life: A Story of Sustainable Farming

Let’s Eat!: Children and their Food Around the World 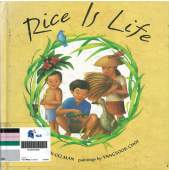 The Boy Who Would Feed the World

The Granary is Full 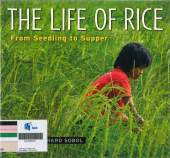 The Life of Rice: From Seedling to Supper

By Barnard, Emma and Cho, Thomas, with help from Rippin, Sally

The Rice Book for Kids! 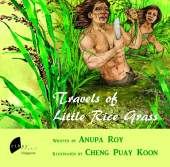 Back to Rice Theme Tree of Dreams and Nourishment