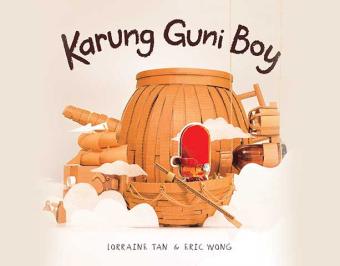 Ming is a very creative boy who loves to make things and he would love the chance to create his fanciful inventions. He didn’t have the money to buy the things to make his inventions, and was wondering what to do when the sound of the Karung Guni man’s car horn beeped. This gave Ming an idea: he would become Karung Guni boy and make things out of things he collected instead. So he went door-to-door to his neighbours asking for things they no longer wanted. Soon he had enough to build his machine. The grateful neighbours came to the unveiling of Ming’s invention and were delighted to see that he had built a machine that would serve as a helper for them, whenever they needed an extra hand.

The Floating Field: How a Group of Thai Boys Built Their Own Soccer Field

There Must Be More Than That

Back to UN SDGs Theme